By Melinda Waffle - April 26, 2010
Today it was time to pull the iPod Touches out of the first classroom, and move it onto the next.  I could not believe the long faces when I began rolling the cart out of the room it had been housed in the first week!  I really think at least a few of the students started crying.  Talk about going from being the most popular person to being the least popular in a single minute...  Several students kept asking when I was bringing the cart back.  Sadly, I had to share with them that other students would be using them until the end of the school year, and the cart would not be back in their room this year.

I moved the cart down the hall to it's second home.  It was an instant change in feel, from utter sadness to over-the-top excitement.  This classroom was a kindergarten class, and I was very interested to see how the process of getting the iPods in and out of the cart would go.  There is a definite growth in fine motor skills over these ages!

We began to pass out the iPod Touches to the students.  What was interesting was that the teacher began to give instructions on turning them on and using them.  I stopped her because I wanted to see how these students would do without any instructions compared to the first grade class.  It should not have been a surprise, they did very well.  A few more struggled with it, but asked friends how to get on it.  One student sidled up to me to ask questions.  He held up the iPod Touch to me, and while I knew he was asking how to turn it on I asked him, "What would you like?"  He replied, "Turn on?"  I said to him, "You hit the round button at the bottom."  Our dialogue continued back and forth, as I framed questions so he had to ask me questions back instead of doing it for him.  We ended up with him on his iPod Touch and doing a matching activity within a couple minutes.  Unbeknownst to me, this student is known as a non-talker.  The teacher shared that it was probably one of his longer conversations.
Of course, I had the thought that here we had just another unintended positive outcome from using a piece of technology that was easy to use.

I think of the times that I, as a technology trainer, or teachers do something for another person instead of walking them through how to do it for both the sake of time and the amount of frustration, and these times are too numerous to count.  In fact, when working with this student if we had instead been trying to log him onto a desktop computer and getting him set up in an activity, I know I could not have maintained the patience through the entire process to keep myself from interfering.  With the iPod Touches, the process to get where we wanted was short enough that we could get him through the process without that interference that is neither helpful for the learner, nor useful for the trainer.

At the end of our introduction session, we were very pleasantly surprised with the ability of the students to get the iPod Touches plugged back into the cart.  It went more smoothly than I planned, taking about 1/2 the time I thought it should.  We will see as the cart moves into other Kindergarten rooms if this was just an exception or if it turns out to be the rule.
Reactions: 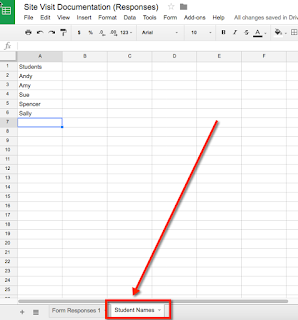